While the Portugal Golden Visa Program allowsyou to spend a minimum of €500K in domestic or commercial property in Portugalor €350K in restoration projects, there are certain limits on where you may doso. More crucially, prices differ depending on whether a house is located in a'low-density' region of Portugal.

This guide will teach you about:

What parts of Portugal are suitable forresidential real estate investment

●     Purchase residential real estateworth at least €500,000 in selected interior regions of Portugal, or €350,000if investing in a rehabilitation project. A 20% reduction is applied if theresidential property is situated in a designated 'low-density' region(amounting to €400K and €280K, respectively).

●     Purchase commercial real estateworth at least €500,000, or €350,000 if investing in a rehabilitation project,anywhere in the nation. A 20% reduction is applied if the business property issituated in a designated 'low-density' region.

●     Purchase residential andcommercial real estate worth at least €500,000 or €350,000 if investing in arehabilitation project on either of Portugal's independent islands of Madeiraand Azores. Because Madeira and the Azores are both categorized as high-densityareas, there is no choice for a 20% discount.

Are you unsure whether real estate investingis a suitable match for you? We've put together a special guide for thisoccasion, which will lead you through the golden visa real estate investmentperks in Portugal.

What Regions of Portugal AreEligible for a Golden Visa Investment in Real Estate?

The government of Portugal wants to encourageinvestment in the following areas:

Regions with a low population density

Requalification of the city

As a result, the Portuguese government hasaltered the real estate investment pathways to Portuguese residence,establishing a categorization system for which parts of Portugal qualify forproperty investment. The terms 'interior' and 'low-density' are used todescribe these locations. But there's no denying that they're two distinctwords.

Below, we break down which locations ofPortugal are suitable for property investment, highlighting the subtlevariations between 'interior areas' and 'low-density areas.' By the conclusionof this section, you should have a good idea of which parts of Portugal aresuitable for real estate investment.

What areas count as ‘interior’?

Interior regions simply refer to locationswhere you may invest in residential real estate and get a golden visa residencypermit. In contrast, there are no constraints on where commercial real estatemay be built. That is to say, you may invest anywhere in the nation as long asthe property is classed as "commercial" (licensed for business-relatedactivities).

See our map below, which highlights theinterior parts of Portugal. Property in Portugal's 'interior' regions isacceptable for both residential and commercial real estate investment. Onlycommercial properties, which are marked in blue, may be acquired outside of the'interior' restrictions.

Low-density locations decide whether or notyou get a 20% discount on your investment. Low-density areas are defined asterritorial units (NUTS III) with a population density of fewer than 100 peopleper square kilometer and a per capita GDP of less than 75% of the nationalaverage.

It's worth noting that a region might be bothinternal and dense. You may still buy a house in this instance, but there willbe no discount.

Consider the following scenario: You'vedecided to invest in Algarve real estate. While the Algarve is categorized as a'low-density' area, it is not considered part of Portugal's interior. As aresult, certain areas of the Algarve are not suitable for residential propertyinvestment. Aljezur, Odeceixe, and Sagres are some of the low-density ANDinterior locations that are now eligible. In this instance, you have the optionof purchasing a home or investing in a domestic renovation project.

The regions of Portugal shown on the map beloware eligible for either:

Property investment in non-interior locationswith a high density (commercial only)

Interior property investment in high-densityregions (residential and commercial, but no discount applies)

Are you seeking to renovate a historicbuilding in the Douro Valley? Maybe you're looking to acquire a commercial shoplocation in Lisbon. Or maybe you like the notion of owning a seaside propertyin the Azores. The good news is that the Portugal Golden Visa program is abeneficial plan that provides investors with a variety of real estateinvestment opportunities. Let's take a look at some of the important locationswhere you may want to put your money.

It is completely conceivable to purchase aresidential property in a designated interior region of Portugal that is also'low-density.' Parts of the Douro Valley, Aljezur, and Peneda Gerês areexamples of locations with significant development potential that qualify forthe Golden Visa.

They offer ideal property opportunities forinvestors, with exceptional value for money, since properties in low-densityregions are often cheaper and more spacious. For about €400K, a family may havethe property of their dreams, replete with fruit trees, a decent-sized pool,and breathtaking views.

The Alentejo, Douro Valley, and Peneda Gerêsare now the most favored investment areas. All of them have excellentinvestment potential, including prospects in hotel, outdoor tourism, andcultural and religious tourism.

The 280k low-density investmentoption for the Portugal Golden Visa

To be eligible for the €280K low-densityinvestment option and benefit from the 20% discount, the applicant must:

Invest in a commercial restoration project ina region of the nation with a low population density.

Invest in a home restoration project in alow-density, often known as interior, sector of the nation.

The cost of investing in a rehabilitationproject in a high-density region starts at €350,000. Either the property inissue is over thirty years old and undergoing renovations, or it is located ina designated rehabilitation area. It must be in an interior location if it is aresidential property.

There are several advantages to investing inlow-density regions and receiving a golden visa.

These are some of them:

Purchase property on any of theislands

The Portuguese government strongly encouragesproperty investment in Madeira and the Azores. Applicants for a Golden Visa maypurchase real estate or invest in a residential or commercial renovationproject on the islands. It's worth noting that Madeira and the Azores are onlyconsidered high-density areas. As a result, no section of the islands iseligible for a 20% discount.

Commercial real estate in Portugal is eligiblenationwide, with no limits on location. Investors wishing to purchasecommercial property or engage in commercial restoration in Portugal's majorcities, such as Lisbon, Porto, and the Algarve, are free to do so.

●     A fantastic way to diversify yourinvesting portfolio in terms of both physical and intangible assets.

●     Long-term plan for generatingsignificant and regular returns, with the possibility for monthly, quarterly,or yearly income.

●     Commercial propertyrehabilitation, often in the shape of a hotel, are excellent chances since theyare not confined to Portugal's interior (you can invest anywhere in thecountry)

●     Hotel developments enableinvestors to invest at a lower cost of €350K in high-density regions and €280Kin low-density areas.

●     These are turnkey projects withguaranteed returns or a buy-back after five years.

Search for Golden Visa EligibleAreas in Portugal by Parish

The Portugal Golden Visa Program is afive-year residency-by-investment program that provides eligible candidateswith permanent residence in Portugal in return for making an initial investmentin the nation. After five years of lawful presence, you may apply forPortuguese citizenship (essentially EU citizenship).

Consult our golden visa Portugal guide foradditional information on the entire range of investment possibilities availableunder the plan, as well as program conditions.

Speak with one of our advisors

When it comes to Golden Visa applications, ourstaff has a 100% success record, and we'll make sure you discover the idealinvestment for your needs.

Your personal account manager will be with youevery step of the way, saving you time when it comes to submitting yourapplication. Our staff has years of expertise and can assist you in avoidingthe problems that many Portuguese Golden Visa investors face.

How to qualify for the PortugalGolden Visa low-density investment option?

Investors can opt to invest in commercial realestate in need of rehabilitation and restoration starting from €350,000anywhere in the country.  A residentialreal estate rehabilitation project is also possible, but only in designatedlow-interior areas of the country. The autonomous islands of Azores and Madeiraare considered high-density AND interior, so you can buy residential realestate here.

The property in question must at least be morethan thirty years old and undergoing renovation.

A cheaper option is to invest €280K+ inrenovations projects in low-density areas. These designated areas are splitaccording to the region’s population. If the area hosts less than 100 occupantsper 1,000 square meters, it counts as a ‘less densely populated area’.

The Portugal Golden Visa will receive anextensive makeover, starting from 1 January 2022. With regards to real estateinvestments, the following will apply: Properties in Lisbon, Porto, and otherpopular urban coastal towns will NOT QUALIFY for residential propertyinvestments under the Golden Visa scheme, only commercial real estate.Residential real estate investment in low-density areas will continue toqualify, but only in designated ‘interior areas’ of the country. Alternatively,you can buy residential property or invest in residential rehabilitationprojects anywhere on Portugal’s autonomous islands (they’re not subject torestrictions).

What are considered officiallow-density areas of Portugal?

Is Algarve a low-density area?

Yes, the Algarve qualifies as low-density, soyour real estate investments will automatically get a 20% discount for thePortugal Golden Visa.

Cascais is not considered low-density. It’shigh-density, so no 20% discount applies to your real estate investment for thePortugal Golden Visa. 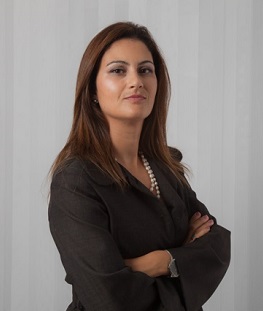 Written by
Clara da Costa
About our Office
Learn more